To all North Pole City Elves, those in Santa's Village, in the Lower 48 and all around the world, this is your weekly update for the week of December 5, 2022. I'm your host Walter "Mistletoe" Livingstone and I'm your co-host, Becky "Marshmallow" Livingstone, Let's go to press.

For the week of December 5, 2022 your sponsor will be Marty's Custom Mugs and Thermos. Located at 1209 Silver Bell Circle, Marty will design and create a special Cocoa Mug for you or a loved one. Simply stop in and let them know what you want. Some of Marty's designs have been used by Santa and Mrs. Claus as Christmas gifts to friends all over the world. Stop by Marty's today, that's Marty's Custom Mugs and Thermos.

After a meeting with "Orville "Zinger" Yeardly - Flight Control Supervisor, Edward Hinklemyer, and the North Pole City Sports League, a new "no fly" order has been drafted and will be sent over to City Council for approval next week. This order stems from the accident that took place during the reindeer training session on Tuesday. "The outcome could have been much worse than it was, " said Santa. "Although it is fun to fly things in the air, we have to be safe." The new order will forbid any aircraft (including hot air balloons) or drones to be flown during the hours of reindeer training. It also grants the Division of Flight Control the power to confiscate any and all devices and aircraft if the order is not followed. A unanimous vote is expected by the council.

Edward Hinklemyer would like to remind you about the procedure of bidding on new positions within Santa's Village. Any member of the Elf Workers Union has the right to bid on a posted position, providing the following guidelines: They have the needed skills and qualifications to perform the duty and position to its fullest, or are willing to enter into an apprenticeship for the position they wish to obtain. There is someone to relieve their current position, or there is adequate coverage for their current job duties. There were several elves who came to the office of elf affairs this past week to bid on positions, but their current positions are in positions needed to complete this year's delivery. Please make sure there is adequate coverage before bidding on a new position.

The team over at the WWW/PR Division made some enhancements this week to the post displays on the website. They have gone back to one of the original layouts that also provided a brief summary about what the post was about. They also added a new trivia game for Rudolph and fixed an issue that was present when you tried to go back to previous posts. The podcast has also be added to the news page and the layout of the news posts will now adjust appropriately when the page features a video or a podcast.

Temperatures will be warming up a little to -11 on Thursday; however, will drop back down to -19 on Saturday. WE ARE EXPECTING some snow on Saturday with a light accumulation, but not enough to keep the snow machines from working out on the ski slopes.

The digital version of the Peppermint post is back in circulation after some issues were addressed by the WWW/PR team. If you are not subscribed to the digital version of the newspaper, you may want to connect to TAOLF.com and subscribe. The Peppermint post will be sent out to your email each week on Monday allowing you to get your news in print. There are also a few additional items in the Peppermint post that you will only see in the news releases they send such as word searches, recipes from Mrs. Claus' kitchen, a word of the week, and job postings from the Office of Elf Affairs.

The first Nobel Prizes are awarded in Stockholm, Sweden, in the fields of physics, chemistry, medicine, literature and peace on December 10, 1901. The ceremony came on the fifth anniversary of the death of Alfred Nobel, the Swedish inventor of dynamite and other explosives. In his will, Nobel directed that the bulk of his vast fortune be placed in a fund in which the interest would be "annually distributed in the form of prizes to those who, during the preceding year, shall have conferred the greatest benefit on mankind." Although Nobel offered no public reason for his creation of the prizes, it is widely believed that he did so out of moral regret over the increasingly lethal uses of his inventions in war.

Alfred Bernhard Nobel was born in Stockholm in 1833, and four years later his family moved to Russia. His father ran a successful St. Petersburg factory that built explosive mines and other military equipment. Educated in Russia, Paris, and the United States, Alfred Nobel proved a brilliant chemist. When his father’s business faltered after the end of the Crimean War, Nobel returned to Sweden and set up a laboratory to experiment with explosives. In 1863, he invented a way to control the detonation of nitroglycerin, a highly volatile liquid that had been recently discovered but was previously regarded as too dangerous for use. Two years later, Nobel invented the blasting cap, an improved detonator that inaugurated the modern use of high explosives. Previously, the most dependable explosive was black powder, a form of gunpowder.

Nitroglycerin remained dangerous, however, and in 1864 Nobel’s nitroglycerin factory blew up, killing his younger brother and several other people. Searching for a safer explosive, Nobel discovered in 1867 that the combination of nitroglycerin and a porous substance called kieselguhr produced a highly explosive mixture that was much safer to handle and use. Nobel christened his invention "dynamite," for the Greek word dynamis, meaning "power." Securing patents on dynamite, Nobel acquired a fortune as humanity put his invention to use in construction and warfare.

In 1875, Nobel created a more powerful form of dynamite, blasting gelatin, and in 1887 introduced ballistite, a smokeless nitroglycerin powder. Around that time, one of Nobel’s brothers died in France, and French newspapers printed obituaries in which they mistook him for Alfred. One headline read, "The merchant of death is dead." Alfred Nobel in fact had pacifist tendencies and in his later years apparently developed strong misgivings about the impact of his inventions on the world. After he died in San Remo, Italy, on December 10, 1896, the majority of his estate went toward the creation of prizes to be given annually in the fields of physics, chemistry, medicine, literature, and peace. The portion of his will establishing the Nobel Peace Prize read, "[one award shall be given] to the person who has done the most or best work for fraternity among nations, for the abolition or reduction of standing armies, and for the holding and promotion of peace congresses." Exactly five years after his death, the first Nobel awards were presented.

The Royal Swedish Academy of Sciences decides the prizes in physics, chemistry, and economic science; the Swedish Royal Caroline Medico-Surgical Institute determines the physiology or medicine award; the Swedish Academy chooses literature; and a committee elected by the Norwegian parliament awards the peace prize. The Nobel Prizes are still presented annually. Each Nobel carries a cash prize of nearly $1,400,000 and recipients also receive a gold medal.

The North Pole City Commerce has decided to organize a basket raffle for the delivery party this year. Any small business wishing to donate a basket for the raffle, please contact the North Pole City Commerce office and someone will come out to your business and pick it up. The deadline to submit a basket will be December 21 at 8p.m. Five tickets will be given to every elf that check's in at the raffle booth during the delivery party for a chance to win one of the baskets.

Notice has gone out to the NPC City Council about an emergency meeting for next week in regards to that new "No Fly" agreement. Although this approval is not needed for Santa's village, it is required for North Pole City and the outer boundaries of the elf villages. It is believed that council may meet next Wednesday to discuss and vote on the order.

Tinsel Football fans, the top 8 teams who will be competing in this years playoffs have been tallied and released. The teams competing are:

This week, the first round of the playoffs have the defending champions the Livingstone Pirates vs the Darlington Tigers and the Leighton Gumdrops vs the Yeardley Wizards on Friday the 9th. Then on Saturday the 10th will be last year's runner ups the Hinklemyer Falcons vs the Appleton Wildcats and the Cumberbatch Caribou vs the Twinklestein Stars.

All games will be held at Reindeer Stadium.

See the Tinsel Football Playoff Bracket in the Peppermint Post this week.

Miner's Day will be celebrated on Tuesday December 6th. Come on out to city center as we celebrate our Miner elves and recognize and applaud their skill, dedication and all the hard work they do for us. Miners will receive an extra hot cocoa from Mrs. Claus' Kitchen.

On Wednesday December 7th get your favorite flavor of a sweet delight that dates back to the 1400s. It is National Cotton Candy Day and it celebrates the spun sugar treat that delights candy fans of all ages. The North Pole City Hotel will be setting up a cotton candy station where you can select your favorite color and flavor- from traditional to peppermint and everything in between.

On Thursday December 8 we celebrate National Crossword Solvers Day and National Brownie Day. Stop by your favorite cocoa pub, do some crosswords and have some festive brownies. Also on December 8th is Pretend to Be a Time Traveler Day. This day encourages us to pull out and wear clothes from the past and act appropriately confused by technology. This day is always so much fun!

Christmas Card Day is on Friday December 9th. Please be reminded to get your cards together and filled out so you can share your holiday cheer. Don't forget about your elf friends and family down in the lower 48 and around the world. They love getting North Pole mail. Edward "Cinnamon" Livingstone - Post Master says that he has ordered hot cocoa from Mrs. Claus' Kitchen to have on hand for all those who stop by to send a card on Friday.

Friday is also National Pastry Day. Be sure to visit some of our NPC bakeries and pick up one or two of your favorite kinds as you fill out your cards or head off toy one of the Tinsel Football playoff games. They will be having pastries at the concession stands too so you should have no problem having a yummy pastry!

This week we wish a very happy 800th birthday to one of our miners Johnny "Pick Axe" Myerscough. He has been mining in the Dark Mountains for 500 years. He does and amazing job and has found some of the most beautiful gemstones. We wish him many more happy years and a happy miner's day too!

This is Walter "Mistletoe" Livingstone and Becky "Marshmallow" Livingstone with the reminder: In the end, it's not the years in your life that count. It's the life in your years.. 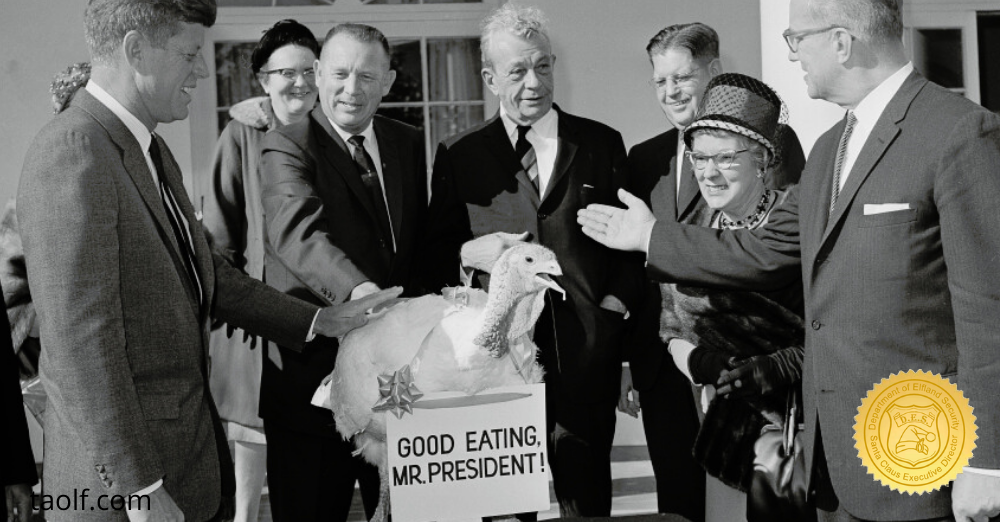