To all North Pole City Elves, those in Santa's Village, in the Lower 48 and all around the world, this is your weekly update for the week of January 9, 2023. I'm your host Walter "Mistletoe" Livingstone and I'm your co-host, Becky "Marshmallow" Livingstone, Let's go to press.

All of the workshops, factories, and warehouses are now back to full production for the 2023 season. There were no issues this year at all cleaning up all of the areas and getting system back up and in operation. Presents have already begun to come out of the workshop and are being stored in the delivery warehouses. A large surplus of wrapping paper from four years ago was found and that will be used up this year before the factory switches over to the new pattern for 2023. We welcome all craftsman, factory, and warehouse workers back to work and wish you a very happy 2023 season.

After a lengthy conversation with Santa over the closed communication circuit, Edward Hinklemyer has reported that the Claus' will remain on vacation for another week since all went well with this season's open. He said that Mrs. Claus did get a little sun burn on the first day, but they are enjoying themselves getting some relaxation in the warm waters of the Caribbean, but miss everyone up here at North Pole City. They will be flying back sometime next week.

The Office of WWW/PR will be closed this week as they will be taking their winter break and enjoying time with friends and family. If you have any changes you would like to be made to the website, please send them on over to the office and they will get them posted when they return next week.

Temperatures will be dropping down to -34 degrees mid-week, but we are expecting mostly partly sunny skies for the whole week. Please be sure to bundle up and stay warm if you are working and playing outdoors this week.

On Friday, January 13th, please join WELF-NPC interns down at our booth in City Center as we will again be distributing rubber duckies for "Rubber Ducky" Day. Also, if you already have one, send us a selfie with your rubber ducky to eh.taolf@gmail.com as we would love to see them. We may even use your pictures in next week's Peppermint Post.

National Balloon Ascension Day is held on January 9th to commemorate the first balloon flight in the United States way back in 1793.

The French aeronaut, Jean Pierre Blanchard, took flight over the Walnut Street Prison in Philadelphia above a large crowd. He ascended in a hydrogen gas balloon, a popular balloon at the time and that day he lit the fires of fascination with ballooning in Americans.

Was it the first, well, not in the world, but it was the first in the United States. It was actually on November 21, 1783 the first free flight carrying a human occurred and that was in Paris, France. At that time, crowds had gathered in Paris to watch one balloon after another rise above the city rooftops, carrying the first humans into the air.

That first flight, in 1783, was in a hot air balloon made of paper and silk made by the Montgolfier brothers. The balloon carried two men, Francois Pilatrê de Rozier and Francois Laurent, Marquis of Arlanders. They stood on a circular platform attached to the bottom of the balloon. They hand-fed the fire through openings on either side of the balloon’s skirt. The balloon reached an altitude of 500 feet and traveled about 5½ miles before landing safely 25 minutes later. Legend says when they landed in a farming and vineyard area near Paris the pilots gave bottles of champagne to the startled farmers and peasants to calm their fears of demons appearing from the heavens, but that cannot be confirmed.

On December 1, 1783, just ten days after the first hot air balloon ride, the first gas balloon was launched by physicist Jacques Alexander Charles and Nicholas Louis Robert. This flight also started in Paris, France and this flight lasted 2½ hours and covered a distance of 25 miles. The gas used in the balloon was hydrogen, a lighter than air gas that had been developed by, Henry Cavendish in 1776.

What we celebrate this week though is the first manned flight of a balloon in America which occurred on January 9, 1793. It was also a hydrogen gas balloon and it was piloted by a Frenchman, Jean-Pierre Blanchard, who was also the first to cross the English Channel. This flight began as it ascended from a prison yard in Philadelphia, Pennsylvania in front of the Walnut Street Jail, at a site now known as Independence Square. Sizable crowds looked on as Blachard had been preparing for this event for a while and had sold tickets for people to view him take to the skies in his hydrogen-filled hot air balloon. In fact, it is thought that almost the entire population of the capital city went to the prison courtyard to see it, and many people from the surrounding countryside. In fact, the president of the United States himself, George Washington, was present to observe the launch.

Some viewers tried to convince Blachard to let them go with him, but he refused, allowing him to be the first person to fly into the air in the New World. When he went up, he ascended to about 5,800 feet and he eventually made a successful landing in Gloucester County, in New Jersey in a field of a confused farmer.

While in flight, He monitored his pulse as he guided the balloon toward New Jersey and after the fog cleared and the winds died down, he enjoyed a bit of wine and bread to help calm himself.

With his landing, the first hot air balloon flight ever to take place in North America was declared a success, and balloon travel became more popular. He had flown about 15 miles and was in the air for 46 minutes.

By the 20th century, large airships with cabins carried passengers. The gas-filled giants eventually disappeared from the skies after tragedies like the Hindenburg. Today, hot air ballooning is enjoyed from the ground and the air by balloonists, observers, and some who take rides with balloonists at festivals and other events. It’s also a scientific tool for weather and other research.

Be sure to stop out at our own Balloon Festival at Reindeer Stadium on the 9th.

The NPC Commerce Association will be sponsoring hot air balloon rides all day at the a hot air balloon festival on Monday of this week. There will be several balloons being launched throughout the day and there are no flights scheduled from Santa's Reindeer Stables or traffic coming in and going out of North Pole City. The first launch will take off at 7am with launches taking off every half hour throughout the day. We expect to see the skies over North Pole City covered with colorful and beautiful balloons all day long. Come on out and take a ride if you get a chance. There will also be refreshments provided by Mrs. Claus's Kitchen staff.

The North Pole City Sports League will be sponsoring a punt, pass, and kick event this Friday in Reindeer Stadium. This is a friendly competition that will allow everyone to come out and meet the players from this year's Champions the Leighton Gumdrops and test out their skills punting, passing, and kicking the football. Prizes will be awarded to first, second, and third from each event plus an over all winner.

They will also have rubber ducky races that day too; so bring out your rubber ducky and enter the contests! Maybe your Rubber Ducky will be a winner too.

Come on out and have some fun to start off your weekend!

This week starts with National Balloon Ascension Day on Monday, January 9. Don't forget to head out to Reindeer Stadium for Hot Air Balloon Rides and the Festival.

Then on Tuesday, the 10th it is Houseplant Appreciation Day! Stop by the NPC greenhouses for a tour and a free houseplant.

On Friday, the 13th it is National Rubber Ducky Day! Don't forget to stop and get a rubber ducky if you don't have one at the WELF-NPC booth in city center!

Saturday the 15th is Bagel Day and Hat Day. Stop by the Tailor and Seamstress shop to make an order for a new hat and have a delightful bagel at the North Pole City Hotel. They will have quite a few tasty flavors to choose from!

Then don't forget on the 16th it is National Fig Newton Day so stop by your favorite hot cocoa pub for some delicious fig newtons.

WELF-NPC would like to wish a very happy birthday to Benji "Butterscotch" and Betty "Buttons" Leighton. These twins who have worked in the Candy Cane Factory now for 500 years were born 650 years ago on Wednesday of this week. As soon as you enter the main doors of the factory you always see their smiling faces greeting you as they are boxing up the candy canes. We wish you many more happy years.

This is Walter "Mistletoe" Livingstone and Becky "Marshmallow" Livingstone with the reminder: Do not listen to those who weep and complain, for their disease is contagious.. 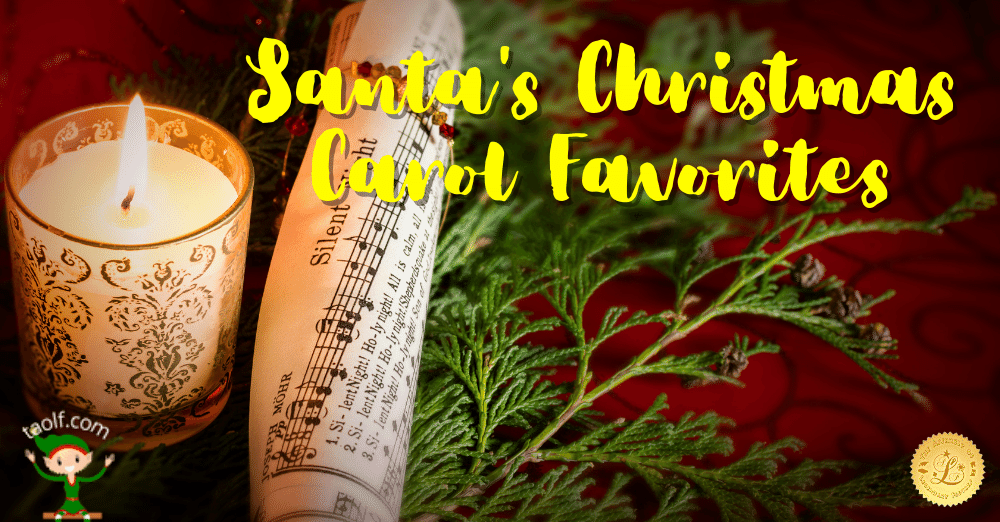